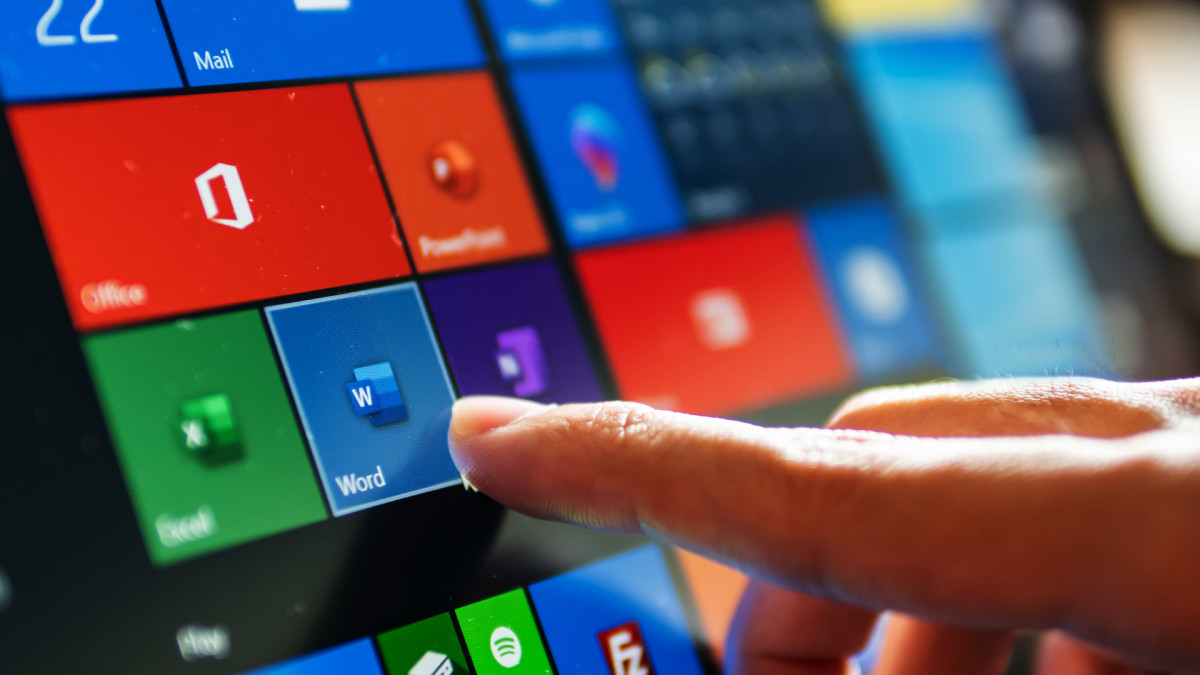 The information came from knowledgeable sources and documents viewed by The Wall Street Journal. Each bill has both Republican and Democratic support, one of the sources said. The two bills are part of five that are being considered to lessen the companies’ dominance, according to The Journal.

In other Amazon news, European Union regulators have recommended fining the tech and retail company more than $425 million for violating privacy law, sources told The Wall Street Journal. The violation concerns Amazon’s collection and use of personal data and doesn’t apply to its Amazon Web Services cloud unit, one of the sources said.

The proposed fine would be the largest imposed so far under EU privacy law, the sources said.

Meanwhile, Apple unveiled an update to its mobile operating system, iOS15. The company announced improvements to its Facetime video conferencing app, including within its audio, video and social elements. Apple also introduced iMessage updates that enable easier viewing of pictures.

Both Apple and Amazon have been struggling for traction since topping out in early September. Amazon has done slightly better on the year, up almost 4%, but that’s mostly due to its rally over the past few days with shares up 7.6% from last week’s low.

But Apple’s funk is even more perplexing given that it has crushed earnings and revenue estimates not once, but twice so far this year.

Cramer said he remains a believer in the senior names but felt the junior names may be risky.

Over on Real Money, Cramer writes that he’s been a big supporter of FAANG and friends, but he thinks that “if the Fed is going to keep the fires going, investors need to be thinking of a steel stock, or heavy machinery company or a chemical company; Think Cleveland-Cliffs  (CLF) – Get Report, Caterpillar  (CAT) – Get Report and Dow  (DOW) – Get Report. I even sanction some energy stocks, because so many of these companies have changed their suboptimal ways.” Get more of Cramer’s investment strategies and idea on Real Money.

Some of the leading social media stocks have been the best performers lately. While Snap  (SNAP) – Get Report is off its highs, it shouldn’t be ignored, wrote TheStreet’s Bret Kenwell.

Here is a list of the technology and FAANG stocks to watch right now based on their performance over the past week:

Shares of Shopify  (SHOP) – Get Report were higher after the company unveiled a plan to expand its Shop Pay payments system beyond merchants who use its e-commerce platform.

Shop Pay will now be on Facebook’s core platform as well as Instagram during the summer. The company will then expand to Alphabet’s Google later in the year.

Shopify has been expanding its partnerships in recent weeks, including a $1.3 billion investment in San Francisco commerce platform Affirm Holdings  (AFRM) – Get Report.

The Street Quant Ratings rates Shopify as a Buy with a rating score of B-.

Real Money contributor Jim Collins highlights Twitter  (TWTR) – Get Report as a tech stock that he thinks the market has simply overvalued. “We are living in strange times for equity markets,” Collins wrote on Real Money.

Vertical Group upgraded the social-media titan to very positive from mixed/positive amid optimism about the company’s growth.

“The flow of new brand campaign promotions and product releases, which picked up in the late first quarter, has accelerated further in April and May, boosting Twitter’s year-on-year growth momentum,” wrote Vertical analyst Phil Leggiere.

The Street Quant Ratings rates Twitter as a Hold with a rating score of C.

Salesforce.com  (CRM) – Get Report advanced this past week after several analysts reiterated their optimism about the stock following the customer-relationship-management-software provider’s first-quarter print.

The company reported adjusted earnings of $1.21 a share on revenue of $5.96 billion.

The Street Quant Ratings rates Salesforce as a Buy with a rating score of B-.

When Snap reported earnings in late April, the company beat profit and revenue estimates, with the latter growing 66% year over year.

The report resulted in a slew of price target hikes from the analyst community. A few weeks, the company announced it hit 500 million active users and partnered with Poshmark  (POSH) – Get Report.

“They’ve gotten it together and I think they’re finally a winner,” said Cramer.

The Street Quant Ratings rates Snapchat as a Sell with a rating score of D.

Microsoft is developing ways to allow people to utilize its Xbox video game products without deploying a gaming machine, essentially putting Xbox in the cloud.

The software titan is also negotiating deals with TV makers to include the new technology in their products, it said, according to Bloomberg. Microsoft wants to place Xbox directly on internet-connected TVs so that users don’t need anything outside of a video game controller, it said.

The company is also creating streaming devices that can send cloud gaming services to any TV or monitor, Bloomberg reports. The moves could be motivated by the global semiconductor shortage that has created a shortage of the latest Xbox consoles.

Microsoft aims to be carbon neutral by 2050.

The Street Quant Ratings rates Microsoft as a Buy with a rating score of A.

Facebook has moved cautiously — some might say too cautiously — when it comes to monetizing Messenger and WhatsApp, which claim, respectively, more than 1.3 billion and 2 billion monthly active users.

But the company is gradually making good on Mark Zuckerberg’s vision of having its messaging platforms act as customer service and engagement channels for businesses marketing and selling on Facebook’s core app and Instagram.

In addition, WhatsApp’s product catalog feature creates an e-commerce opening for the platform, and (though Facebook is opting not to do so for now) its stories service, known as Status, could eventually be monetized via ads.

TheStreet Quant Ratings rates Facebook as a Buy with a rating score of A-.

Apple has been a bit perplexing over the past several quarters. Despite its sleepy price action over the past few months, the stock turned some heads this week.

That’s not to say Apple has performed badly this year but the stock has mostly done nothing, wrote Kenwell. Shares have fallen 1.5% so far in 2021. Its WWDC event didn’t do much to give it a boost either.

TheStreet Quant Ratings rates Apple as a Buy with a rating score of A-.

Amazon unveiled new warehouse robots aimed at improving its employee safety. The company, which has been constantly scrutinized for the poor working condition of its warehouse employees, released a press statement on Sunday to make people aware of its efforts to help its workers.

TheStreet Quant Ratings rates Amazon as a Buy with a rating score of B.

Netflix launched Netflx.shop, which will sell curated products including apparel, toys and games. The company said in a statement that Netflix.shop will also offer apparel and other products tied to the streaming giant’s programs.

These products include streetwear and action figures based on the anime series “Yasuke and Eden,” as well as apparel and decorative items inspired by the program “Lupin” in collaboration with the Louvre Museum.

TheStreet Quant Ratings rates Netflix as a Buy with a rating score of B.

Alphabet’s self-driving unit, Waymo, raised $2.5 billion from investors including Alphabet itself, Andreessen Horowitz, Silver Lake, and Tiger Global, among others.

The company is now valued at just over $30 billion by some estimates, Reuters reported. Alphabet hasn’t disclosed a valuation for Waymo.

Alphabet plans to use the funds to advance Waymo Driver, the software behind the company’s autonomous vehicles.

TheStreet Quant Ratings rates Alphabet as a Buy with a rating score of A.

Zoom Video Communications  (ZM) – Get Report posted earnings recently, with TheStreet’s Martin Baccardax writing that Zoom’s non-GAAP earnings for the three months ending in April were pegged at $1.32 per share, a five-fold increase from the same period last year as revenues surged 191% to $956.2 million as its customer base of companies with more than 10 employers rose 87% to just under 500,000.

“Zoom hasn’t been a name I’ve been focused on because it trades at such a high price-to-sales multiple and, if you look at the growth numbers, Zoom just delivered. They will grow into that figure but I think it will take a lot more time,” said TheStreet’s Jeff Marks.

“When it comes to the big, high-multiple software stocks that I’ve been interested in and the one we currently own at Actions Alerts PLUS, that’s going to be Salesforce,” Marks noted.

TheStreet Quant Ratings rates Zoom Video Communications as a Sell with a rating score of D+.