Cynthia Mullens stood in 95-degree heat outside of the Ocean Springs Hospital emergency room, her swollen feet laying atop a worn pair of sandals.

“Look at this!” she cried, pointing to a blister that covered about a fourth of her foot.

Mullen, who has lupus, had left the waiting room a few minutes earlier, upon learning a nearby mother-daughter duo were coughing because of COVID-19 diagnoses.

“That lady in the corner? I thought, oh my God, I’ve got to get out of here. I said I’m going outside. I mean this delta, you’re breathing the same air, I’m freaking out.”

The Ocean Springs resident was one of a few people waiting on a recent Tuesday afternoon outside of the ER, where the waiting room was filled with patients who were told they could wait as long as five hours for care — a short estimate compared to recent wait times of six to 10 hours.

Described by hospital officials and nurses as “war zones” or “out of a horror movie,” emergency departments across the Mississippi Coast have been pushed to their limits during COVID’s fourth wave. Local and transfer COVID patients have inundated health systems as staff check out from sickness or exhaustion and every available space in ERs stays packed with patients.

“A war zone. It’s unlike anything I’ve ever seen in my entire career. I’ve never ever seen it this busy. With this many patients backed up,” said Cynthia O’Brien, Singing River Health System ER patient care coordinator. She has been with the Ocean Springs Hospital for 34 years.

There were 251 Mississippians waiting in an emergency room for a hospital bed as of Aug. 18, according to Senior Deputy and Director of Health Protection Jim Craig.

At the Ocean Springs hospital, ER manager Dave Higdon said he’s using “every space” in the emergency room. They’ve filled every room and had to take patients in the hallways for short periods of time.

“We have no space to put these guys.”

Singing River CEO Lee Bond recently told Coast business leaders he had walked out of the ER to find ambulances that weren’t able to offload, patients who laid on stretchers in the hallway and people gasping for air in the waiting room.

Higdon said the fourth wave is “much worse” than the initial wave of COVID.

“It’s just been terrible, I’ve been working at hospitals since 1979… this is the worst I’ve ever seen,” said Higdon. “Before, we saw people coming in who were real sick real fast. It felt like a shorter surge… This is worse. There are more numbers. This particular strain is more contagious, we’re having more people who are coming in at a sicker point from where they were last time.”

In the Singing River’s Gulfport hospital there is a makeshift ICU unit. In Ocean Springs, they have actual ICU beds, though they’re usually used for surgery recovery.

O’Brien said that on a recent day, the only two rooms left in her ER were two trauma rooms, which cannot be filled because of potential accidents throughout the hospital.

“We had room 12 which doesn’t have a monitor and we had room 13 that’s an eye room, like if you go to the eye doctor for an eye exam… Those aren’t appropriate for most patients. And then one regular ER bed, and that’s all we had.”

The vast majority of patients who visit the ER lately are COVID patients, O’Brien said.

“They’ve been diagnosed with COVID — tested and diagnosed with it and they’re worsening. Or they just don’t know what else to do so they come to us,” she said. “Some could probably go to a clinic but there are those who are bad enough and we don’t have the room for them, and we have to put them out there in a wheelchair on an oxygen tank because we don’t have any other place to put them.”

Last Tuesday, Cherie West made a 45-minute trip from Theodore, Alabama, with her 10-year-old daughter to the Ocean Springs ER for “whatever treatment” the hospital could give them. Both had COVID and were not vaccinated.

“I’m having a lot of trouble breathing,” West said. Also a cough, chest heaviness, nausea, fatigue and a headache were symptoms she was experiencing on her fifth day with the virus. Her daughter wasn’t feeling as sick on her tenth day with COVID.

They had come to Singing River because West had heard all the Mobile, Alabama, hospitals had no beds left. West breathed heavily and groaned into a pale yellow surgical mask sitting below her nose as her head hung over her knees curled into her chest.

West expected to wait “hours” for treatment. She, like everyone else there, went through a process called triage — how nurses assess the severity of each patient.

“The problem right now is there are a lot of patients who we’d normally put straight back into a room that we can’t because there’s not a room to put them back into because we’re so backed up with boarded patients,” O’Brien said.

“And coming in by ambulance doesn’t guarantee you you’re going to go straight to a room. Because if they’re stable enough, and we have more unstable out in the waiting room, that person goes out to the waiting room and they go through triage just like they normally do when they walk in through the front door.”

Moss Point resident Sydney Fornett and her one-year-old daughter, expected to wait over five hours for treatment last Tuesday. The pair was sitting and waiting in the area for a COVID test, not emergent care.

Carol Brennan of Ocean Springs was another patient waiting outside of the ER. She could barely speak because of pain in her leg as she waited in a wheelchair.

“My leg’s just hurting so bad,” she said. “There was no place to put me, all the rooms were filled.”

As a cellulitis patient, she was dropped off about 30 minutes earlier by ambulance because the nurses in her dialysis therapy that morning found her too sick for treatment.

COVID patients have significantly slowed down emergent care, said O’Brien, who said she also fears her ER’s ability to respond to any other type of wide-scale emergency in the area.

“I don’t know what we’d do. That’s why I sweat. And with all these COVIDs in here, we still have strokes that are coming in. We still have people with heart attacks that come in. Those people need to get taken care of — you can’t let them sit out in the lobby.”

Jill Ward of Ocean Springs was in the ER with her husband who had come straight from a check-up with his cardiologist after heart surgery last week. The couple had been waiting for 15 minutes and had not yet been helped.

“[The cardiologist] said he’s septic, to come straight to the ER,” she said. “Nobody’s even talked to us…The cardiologist said he thought they’d admit him, but with all the COVID cases, I don’t know.”

Though Ward and her husband were both vaccinated, she said she worried about being in the waiting room as patients with the highly transmissible delta variant sat nearby.

“It makes me nervous to be in here with all the COVID, she said. “This is the last place I want to be.”

Another reason Singing River is experiencing a backup of patients is they’ve been receiving “COVID boarders,” or patients transferred from across the state or region through Med-Com, Mississippi’s central transfer system. During the pandemic, the state has ordered all available hospitals to take turns accepting emergent patients.

On a recent Sunday, Singing River had 10 ICU boarders and only three nurses — two nurses and a tech were out with COVID. The hospital decided then to say no to any more boarders — accepting the fact that they may receive a fine from the state.

The hospital system has said no to transfers a few times, according to media relations director Sarah Duffey.

“If they wanted to fine us or do whatever, they could. But we just couldn’t handle them anymore,” O’Brien said. “We couldn’t handle it that day, and we were still getting ambulances coming in. They don’t stop.”

A few of the Med-Com patients have gone straight to the ICU, but the rest get an ER room, according to O’Brien.

“And those patients are usually not in any kind of state where you can put them out into the waiting room. Some of them are on a machine called BiPAP, some of them are intubated,” she said.

Supplies aren’t running low currently, but two weeks ago the hospital got down to two BiPAP machines. The federal government recently provided additional ventilators, rhythm machines and other tools to the state for hospitals to use.

But staff is still critically short. Craig with MSDH said during the last press conference that staffing shortages at hospitals are so severe that the state was administering a new order to allow EMS staff to treat patients in a hospital when not on duty.

O’Brien said vaccination and mask-wearing are the best ways the Coast community can help their health care system during this crisis.

“The way things are? We’re begging people. Please, please, please, please consider getting the vaccination. Please. Because I’m convinced it would have prevented the majority of this. Wear a mask. I don’t care what anybody says, masks work.”

This article is supported by the Journalism and Public Information Fund, a fund of the Gulf Coast Community Foundation. 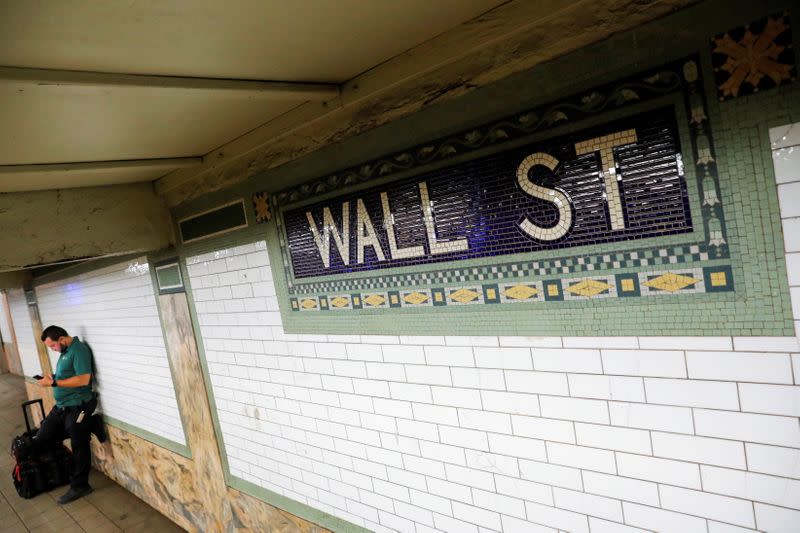 Next post Bitcoin’s revival exhibits cryptocurrency ‘is not a fad’: Morning Quick