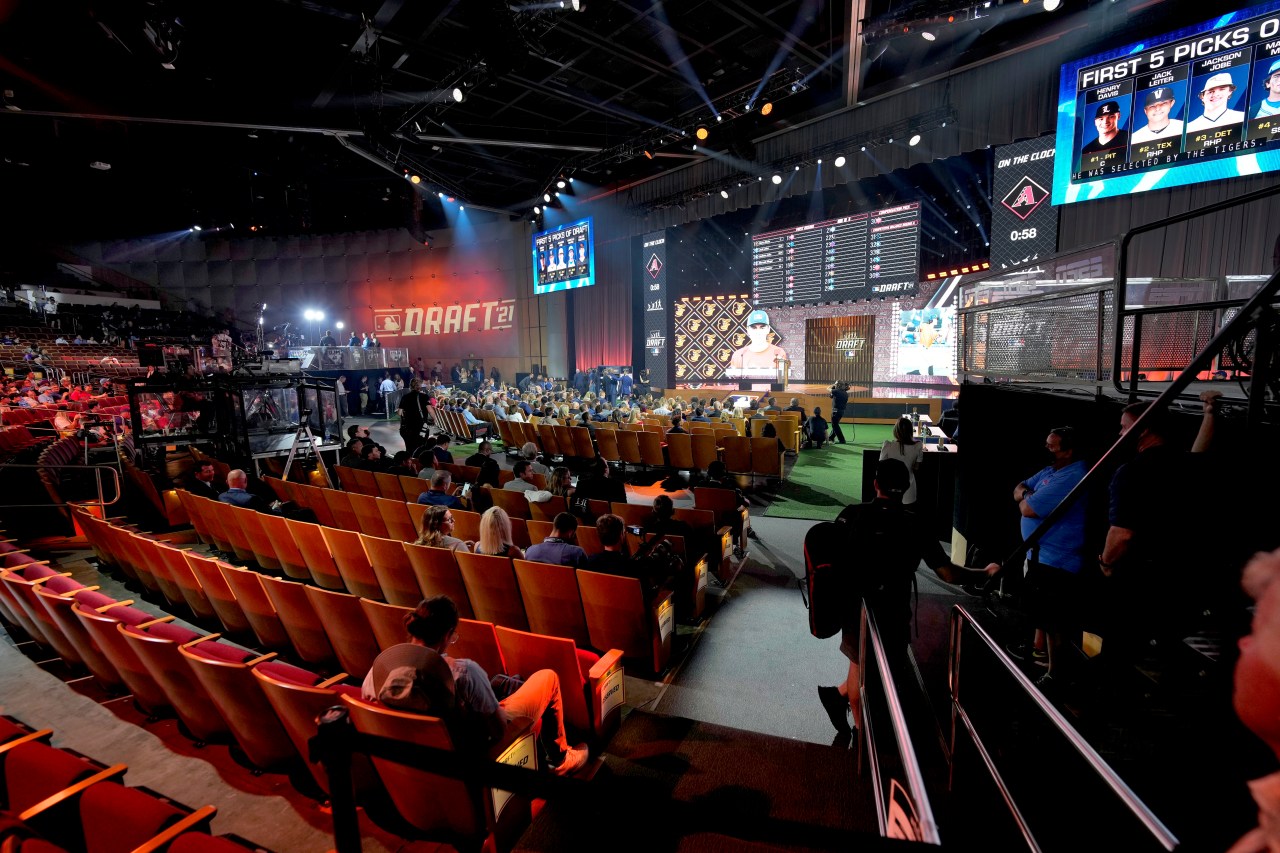 KANSAS CITY, Mo. — The Kansas City Royals rounded out the 2021 MLB Draft by selecting 10 players on the final day.

Brennon McNair (shortstop): Selected in the 11th round (319th overall). a shortstop from Magee High School (Miss.). McNair, 18, was named Co-Player of the Year in 3A Baseball by the Mississippi Association of Coaches and graduated as valedictorian of his senior class. He is committed to South Alabama.

Tyson Guerrero (left-handed pitcher): Selected in the 12th round (349th overall), the Royals selected Tyson Guerrero, a left-handed pitcher out of the University of Washington. Guerrero, 21, ranked third among qualifying pitchers in the Pac-12 with a 2.96 ERA (18 ER in 54.2 IP) this season. He spent the shortened 2020 season at Lower Columbia after transferring from Washington State in 2019, where he was a two-way player as a freshman.

Patrick Halligan (right-handed pitcher): With their 13th-round pick (379th overall), the Royals selected Patrick Halligan, a right-handed pitcher from Pensacola State College. Halligan, 21, was named First-Team All-Panhandle Conference this season after going 7-3 with a 1.87 ERA and 109 strikeouts in 81.2 innings. He spent the first two seasons of his collegiate career at George Mason.

Anthony Simnoelli (right-handed pitcher): With their 16th-round pick (469th overall), the Royals selected Anthony Simonelli, a right-handed pitcher out of Virginia Tech University. Simonelli, 22, went 5-2 in 13 starts this season at Virginia Tech, where he was teammates with left hander Shane Connolly, who the Royals selected in the 10th round yesterday.

Luca Tresh (catcher): In the 17th round (499th overall), the Royals selected Luca Tresh, a catcher out of North Carolina State University, who hit a career-high 15 home runs with 43 RBI while catching all 56 games as a junior this season. He is the cousin of Tom Tresh, who won Rookie of the Year in 1962 and was a three-time All-Star with the Yankees during his nine-year big league career from 1961-69.

Harrison Beethe (right-handed pitcher): With their 18th-round pick (529th overall), the Royals selected right-handed pitcher Harrison Beethe out of Texas Christian University. Beethe, 23, has made 14 relief appearances over the last two seasons, and was previously selected by Milwaukee in the 39th round of the 2019 First-Year Player Draft out of North Iowa Area Community College, where he was the No. 4 prospect in the state, according to Baseball America.

Cam Williams (shortstop): In the 19th round (559th overall), the Royals selected Cam Williams, a shortstop from the University of Texas. Williams, 23, hit .295 (61-for-207) with 20 doubles, 12 home runs and 51 RBI in 61 games this season, after previously playing at San Jacinto College and Dallas Baptist University. He was selected by Seattle in the 39th round of the 2016 Draft out of Gaither High School in Florida, and is the son of Reggie Williams, who played in parts of four seasons with the Angels (1992, 1998-99) and the Dodgers (1995).

The Royals added 21 players to their organization over the last three days.

Next post How is Cryptocurrency Taxed? Here’s What You Want to Know

We do wondrous food and cooking