The U.S. economy is officially on the mend and entering the expansionary stage of the business cycle. The Federal Reserve now expects U.S. GDP to grow at an annualized rate of 6.5% in 2021, up from the 4.2% it had forecast in December 2020. Fiscal and monetary policy boosts, reopening of businesses, and vaccination progress mean America is getting back to normal.

That recovery hasn’t meant good things for tech stocks, which have cooled off in 2021 after soaring last year. But that very well could change, and soon.

Fidelity researchers note that information technology is a historically strong performer in the early to middle stages of a business cycle as consumers and businesses step up spending once again. Typically, tech stocks encompass areas such as software and services, tech hardware and equipment, and semiconductors (chips) and semiconductor equipment.

Right now, however, technology is struggling thanks to a few factors, not the least of which are extremely lofty valuations.

According to FactSet data, the S&P 500’s information technology sector’s forward-looking price-to-earnings (P/E) ratio is 25.0 – certainly higher than the S&P 500’s 21.2, and considerably higher than both its five-year (19.9) and 10-year (16.7) averages. So one key to finding tech stocks poised to rise during this next stage of the business cycle is identifying companies that don’t also have to overcome high valuations.

Here are five value-priced tech stocks with strong growth prospects and bullish analyst sentiment. We’ve selected five stocks that sport attractive price/earnings-to-growth (PEG) ratios – a value metric that also factors in each stock’s growth expectations. A PEG of 1 indicates a stock is fairly valued, greater than 1 is overvalued, and less than 1 is undervalued. All five stocks on this list trade at a PEG of less than 1. (For comparison’s sake, Yardeni Research notes that the S&P 500’s PEG is 1.1, and the information technology sector’s PEG is 1.4.)

Data is as of May 27. Stocks listed in reverse order of PEG. Analyst ratings provided by S&P Global Market Intelligence.

The company also is the largest supplier of diode lasers to the telecom networking equipment industry, whose global optical communications networks carry large amounts of voice and data traffic.

“Lumentum benefits from dominant positions in critical segments of the optical market where its superior technologies can command above industry average gross margins and sustain differentiated technology advantages,” says Needham analyst Alex Henderson, who rates the stock a Buy.

In the near-term, Lumentum expects to see pressure from price cuts of 20% to 25% from the use of smaller iPhone chips. Demand from Samsung was expected to offset this softness, but there are delays due to technical integration issues.

However, Henderson expects a rebound in the 3D sensing business to start in late 2022. And in the meantime, he believes the company’s two-year, $700 million share buyback program should put a floor under the stock or even give some upside.

Joining the bull camp of late is Barclays, which resumed coverage of Lumentum in May with an Overweight rating (equivalent of Buy).

Lumentum isn’t the biggest screaming bargain among tech stocks at a PEG of 0.93, but it is underpriced compared to the S&P 500 and tech sector. Its forward P/E of less than 16 also signals relative value compared to its peers.

QRVO is a “major beneficiary” as Apple and Samsung roll out 5G phones, says Needham analyst Rajvindra Gill, who upped his price target from $220 per share to $245 in May after the company beat fiscal Q4 earnings estimates.

Qorvo also has 5G partnerships with four of the largest Chinese mobile device manufacturers, and it expects 5G handset volumes to double from 2020. Also continuing to drive sales is the transition to Wi-Fi 6/6E standards, whose adoption has been faster than Wi-Fi 5, as well as new technology such as ultra-wideband.

In addition to a low PEG of 0.78, QRVO stock trades at less than 16 times earnings estimates, hinting that Wall Street doesn’t fully appreciate the company’s upside as much as other tech stocks.

Vishay Intertechnology (VSH, $23.90) is one of the world’s largest manufacturers of semiconductors and electronic components that enable innovations such as next-level factory automation, electrification of vehicles, 5G network technology and IoT.

Vishay’s products hold critical positions in the electronic-goods value chain. Its passive and active components are in nearly every product with a current.

Stifel (Buy) calls VSH one of its top near-term picks, reflecting broad-based demand for semiconductors, components and connectors. Current chip shortages are leading to higher prices, which should benefit Vishay, Stifel analysts say, and that could continue into 2022.

“Given Vishay’s vital place in the electronics value chain, demand for Vishay’s active and passive components is expected to remain extremely robust across 2021 and into future years,” Stifel says.

“The economic environment for the electronics business continues to be exceptional,” CEO Gerald Paul said during Vishay’s first-quarter earnings call. “Virtually all markets are in excellent shape, and supply chains have become rather depleted.”

Vishay also is forecasting higher growth rates over the next few years compared to the prior decade.

“Strong demand reflects the ongoing digitization trend spurred by the pandemic as well as reopening momentum (of the economy) that is driving a new wave of consumer and business spending,” says Argus Research analyst Jim Kelleher (Buy). He adds that the long-term forecast is a shift for Vishay, which typically only provides single-quarter expectations.

Vishay looks like a value-priced technology stock through numerous lenses, including its 0.69 PEG and 12.4 forward P/E, as well as a low 1.3 price-to-sales (P/S) that’s just one-third of the Morningstar category average P/S for technology funds.

You might not know contract manufacturing company Jabil (JBL, $55.80), but you certainly recognize clients such as Apple, Disney (DIS) and Honeywell (HON). Put simply, Jabil takes the ideas of its customers and makes them into products. It does so not just through manufacturing capabilities, but also technical and design services, supply chain insights, and global product management expertise.

Jabil should benefit from a continued long-term convergence of technology and practically all other industries. In particular, the company is well-situated to take advantage of the “Industry 4.0” trend, in which sensors and connected devices are introduced to the factory floor to transform manufacturing processes.

JBL recently reported a fiscal second-quarter earnings beat and raised its fiscal 2021 outlook. It bumped its revenue expectations from $27.5 billion to $28.5 billion, and upgraded its core earnings per share (EPS) forecasts from $4.60 per share to $5.00.

“The company appears to be emerging from the pandemic with its core strengths intact,” says Argus Research analyst Jim Kelleher (Buy), who recently raised his price target from $52 per share to $60. “Notwithstanding the pandemic, Jabil’s cash flow has been growing, and we expect that trend to continue as the economy begins to return to normal.”

Meanwhile, JBL looks like a clear value among tech stocks given a low PEG of 0.68, and a forward P/E below 10.

Alliance Data Systems (ADS, $117.21) powers the marketing, receivables financing, processing and payments of private label and co-branded credit cards offered by Victoria’s Secret, Sephora, IKEA and other brands. ADS offers credit cards under its own brand, as well has under the Comenity banner.

ADS also operates LoyaltyOne, which runs the Canadian Air Miles and Netherlands-based BrandLoyalty rewards programs for airlines, merchants and other clients, though ADS expects to spin off this unit by the end of 2021.

Alliance Data Systems CEO Ralph Andretta, who took the helm in February 2020, has been “upgrading” senior leadership and investing in the business to broaden product capabilities, says William Blair analyst Robert Napoli (Outperform, equivalent of Buy). Some key initiatives launched under Andretta include the debut of the Comenity card and acquisition of digital payments company Bread, which offers buy now/pay later options to shoppers.

“We believe the new leadership has rejuvenated ADS and the strategic acquisition of Bread was also critical, as were the partnerships with Fiserv and RBC Bank,” Napoli says, who adds that Bread can potentially be worth “multiple billions” over the long run.

Digital-first Bread is expected to appeal to millennials. It also is unique in that it is a “white label” service that lets merchants put their own brand on the service. Napoli calls it a “potentially significant advantage and an excellent addition to its private label card offering.”

And it’s hard to find cheaper tech stocks than ADS, which trades at just 8 times earnings estimates and 1.4 times its revenues. 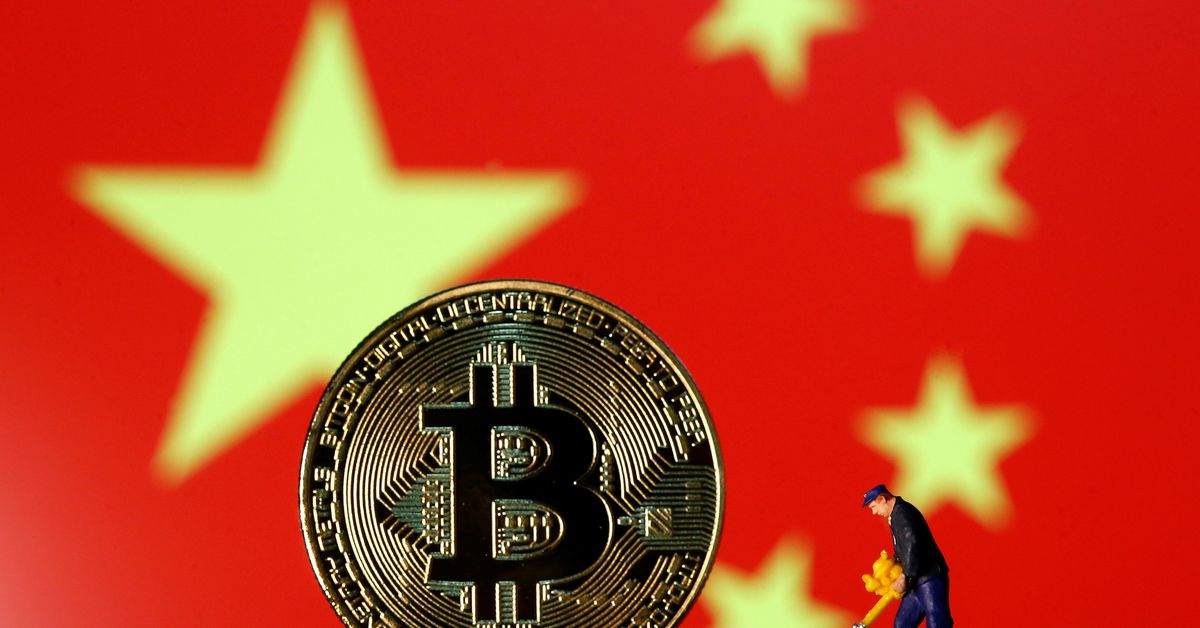 Next post Explainer: What Beijing’s new crackdown suggests for crypto in China